Fushimi Inari Taisha (Shrine) might already be familiar to you: images of the endless-seeming rows of bright vermillion torii are included in computer and smartphone wallpapers around the world.

There are thousands of torii, each straddling a pathway which leads up the mountain, and each donated to the shrine by businesses, because Inari is often viewed as a patron kami of commerce. He is predominantly the kami of rice, and the leap from rice to business is a reasonable one: In the Edo period, a koku was a unit of measurement of rice equal to one person’s annual requirement, and wealth was measured by it. A single han (fiefdom) could be worth anywhere between ten thousand and one million koku.

Inari’s messengers are represented by the kitsune (fox) statues. Every Inari shrine, no matter how small, has a minimum of two kitsune statues – one male and one female. Fushimi Inari Taisha is the head shrine (Sōhonsha) of approximately 32,000 Inari shrines across Japan, so is littered with kitsune in stone and metal.

Every Shinto shrine has a haiden, a hall of offerings where the public may worship, make offerings, and participate in ceremonies. This is where you will find donation boxes and suzu (bells for attracting the kami’s attention). Matching its status as head shrine, Fushimi Inari’s haiden is of a significant size, allowing for close to fifty people to say their prayers at the same time.

There are a number of other shrine buildings both at the main site and dotted along the pathways leading up the mountain (Also named Inari). You can buy ema (wooden prayer plaques) here which are shaped like kitsune heads.

Businesses who cannot afford to donate a full-sized torii (whose prices begin at 400,000円 and can top 1,000,000円 for the largest) have the option to donate cute little torii models, which are gathered in much the same way as ema. 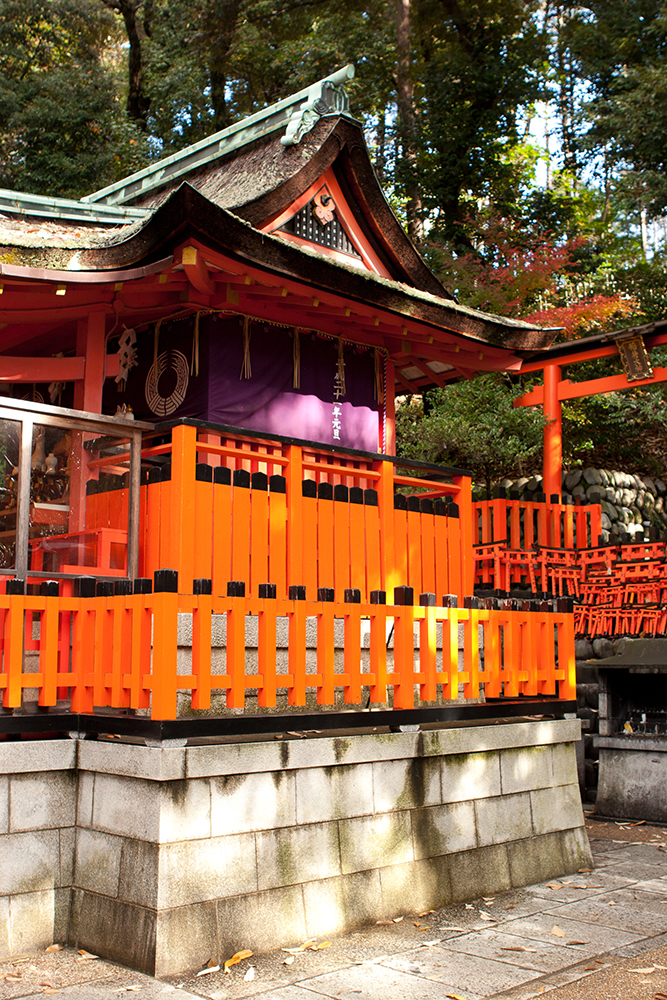 It isn’t long before you reach the reason the majority of foreign tourists visit: the torii. They’re every bit as impressive as you might imagine.

The name of the donating businesses are inscribed on the backs of the torii, and you’ll see them on your way back down the mountainside. 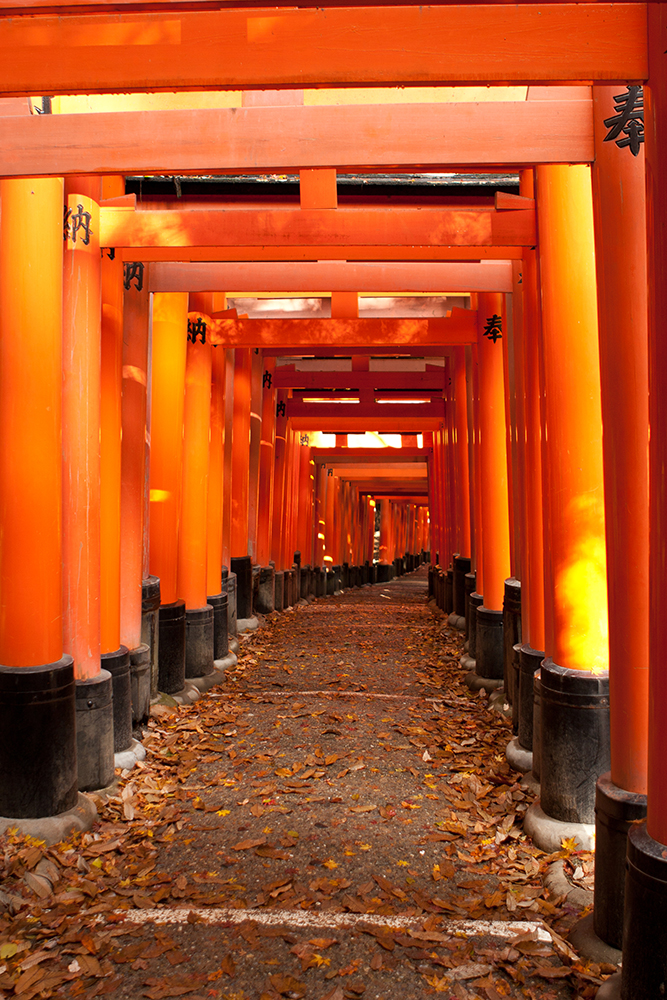 The hike all the way to the top takes between two and three hours, and there are rest-stops along the way. There’s no obligation to hike the entire route, and turning round to go back to the shrine is acceptable anywhere along the paths. 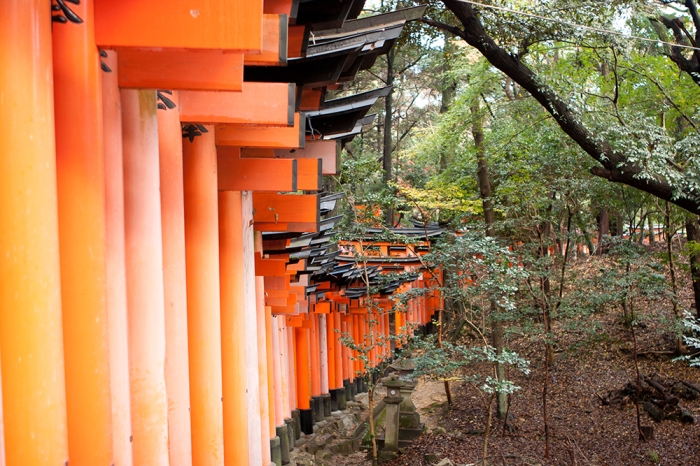 The bright vermillion is easily seen through the trees, and has become synonymous Inari over the years. Fully one third of all Shinto and Buddhist sites in Japan are dedicated to Inari, so when you see a structure in this colour, it’s most likely because the shrine or temple you are visiting is a site of Inari worship.

Remember that if you’re going to spend three hours climbing the mountain, it’ll take you three hours to come down again. Fortunately your route back to the train station will take you through streets lined with traditional sweet shops and restaurants, both selling local delicacies.