Tōdai-ji, founded in 728, sits at the northern edge of Nara Park. As with much of Nara, the deer roam freely here, and small gates keep them from entering buildings. Entry to the grounds is at Nakamon, the Central Gate. 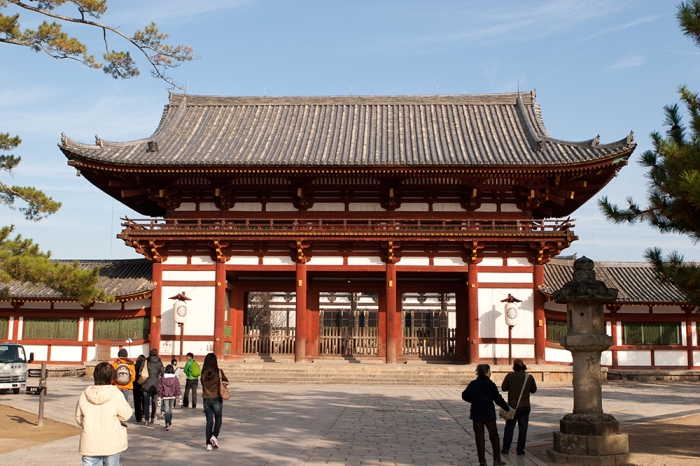 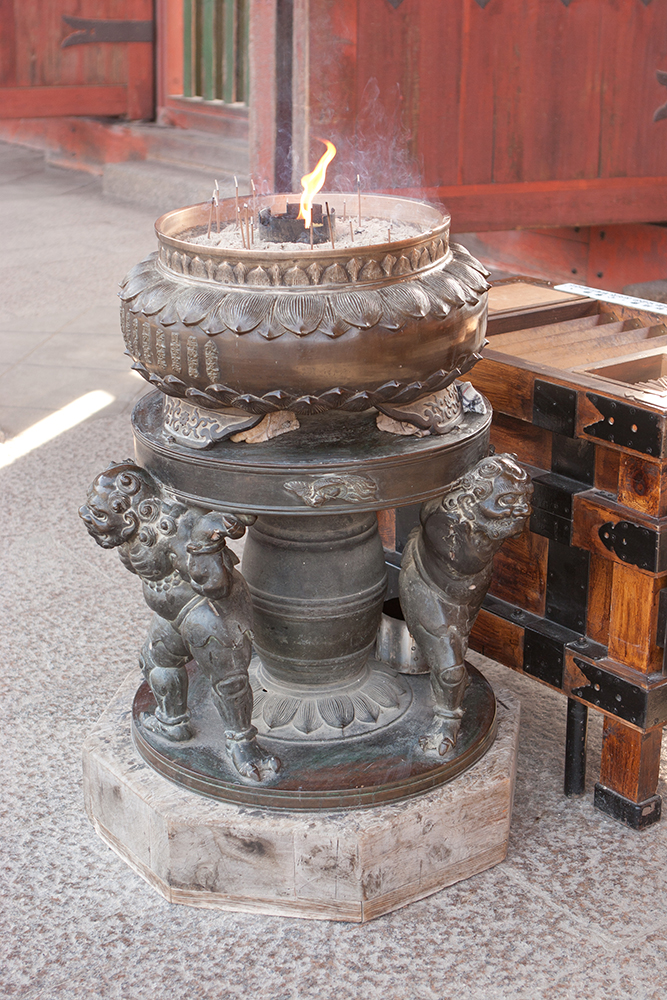 Tōdai-ji’s most renowned features are the Daibutsuden, the world’s largest wooden building, and the Great Buddha it is home to. 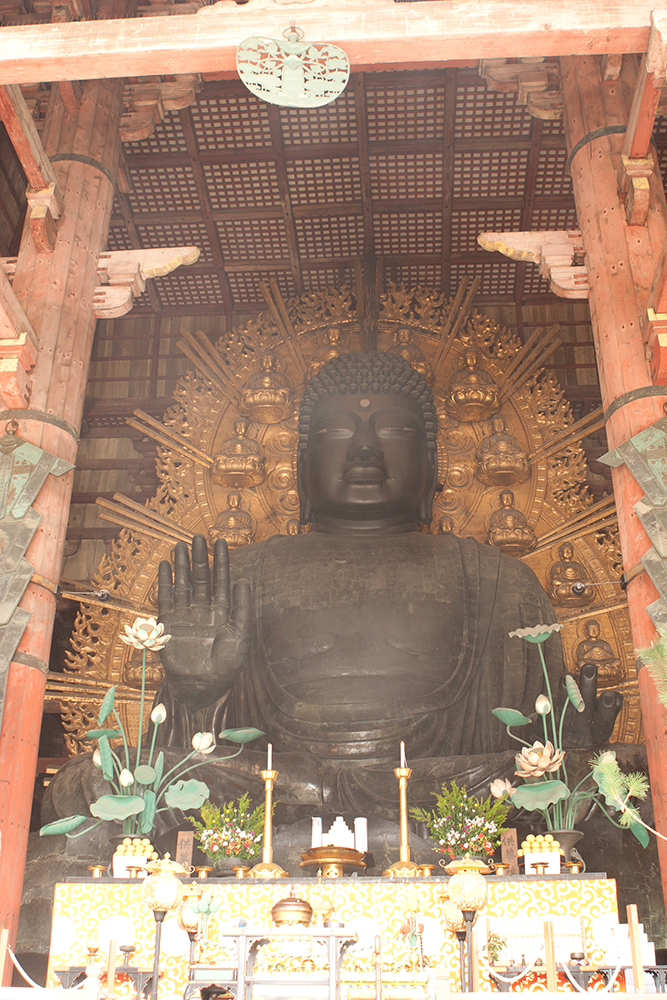 There’s a lot of incense obscuring this shot, but to try and give a little perspective: His upright hand is taller than the caretakers who maintain this building and its contents. His nostril is large enough to insert your head in (not that this is encouraged, but there is a hole in the back of the statue which is the same size, because even when you are in front of it, this statue is so massive that you require a frame of reference). 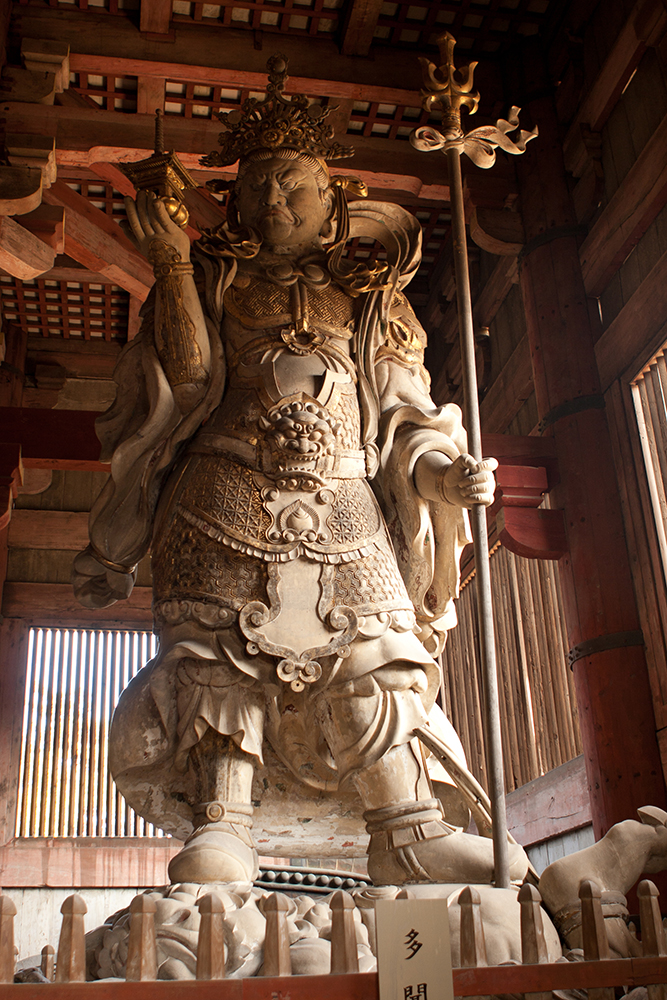 The hall contains other, excellent examples of Buddhist art, including this statue of Tamonten, one of the Four Celestial Guardians.

Beyond the hall itself are an assortment of smaller buildings which are part of the temple complex – mostly administrative, but there is also a museum which houses many of the temple’s treasures for public display. 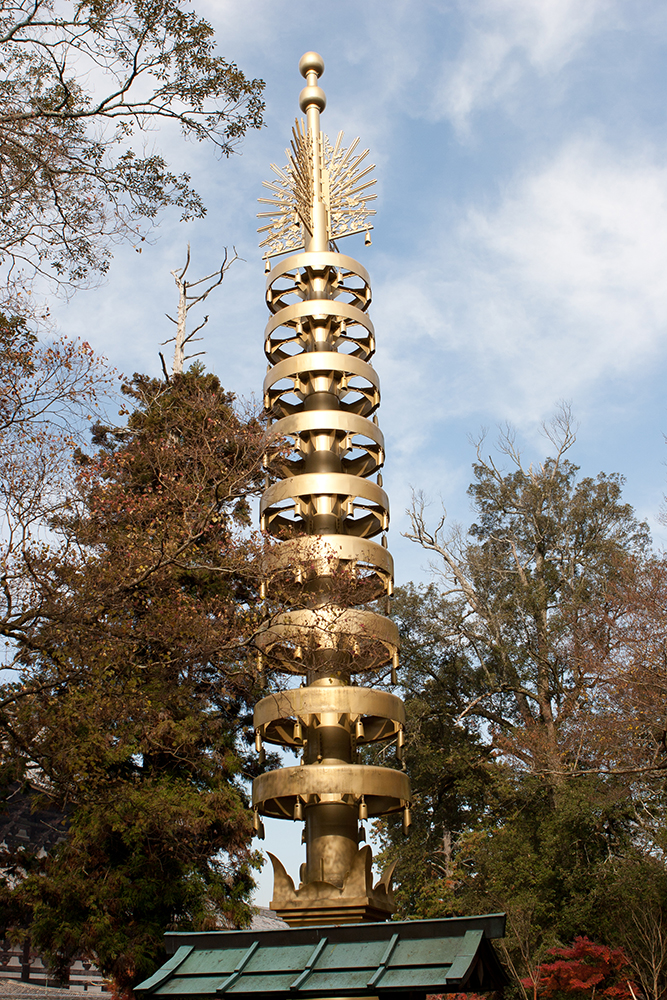 Tōdai-ji had two pagodas, both of which have unfortunately been destroyed by earthquakes. This sōrin is a replica from the temple’s original seven-storied pagoda, created for Expo ’70 and subsequently donated to Tōdai-ji.

This monument is a replica of the Aśoka pillar-head in Sarnath, India. It was presented to the temple by the All Japan Young Buddhist Association in 1988. Buried beneath it is a time capsule which will be opened in 2038, on the 1,500th anniversary of the introduction of Buddhism to Japan. 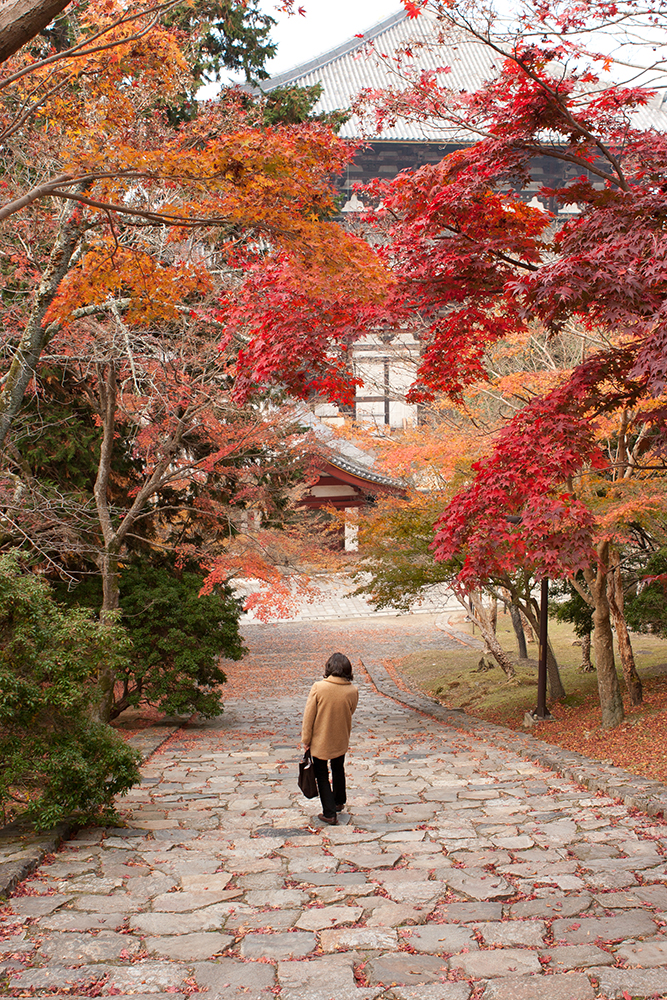 The Daibutsuden is also used as borrowed scenery in a number of gardens around the temple, and is especially beautiful in Autumn and Spring. 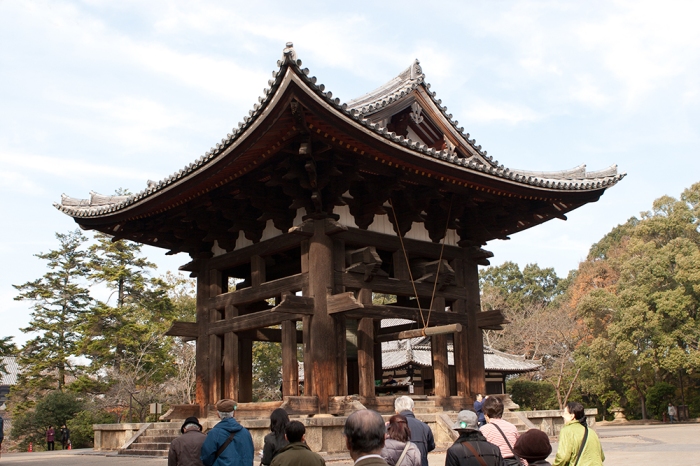 The temple’s bell tower is a solitary structure housing a massive bell, and a stall nearby sells fortunes, charms, and other goodies.

Overall, the temple and its grounds are very much worth visiting. Not only will you see some extraordinary art, but also the grounds and gardens are meticulously maintained, and the deer are far more tame at this end of the park than they are toward the main road.

The temple is approximately 30 minutes’ walk from Kintetsu Nara Station, at the North-East corner of Nara Park. It is well signposted.

Admission: The temple grounds are free. Entry to Daibutsuden is 500円. The Museum is also 500円, or you can obtain a ticket for both the museum and Daibutsuden for 800円.